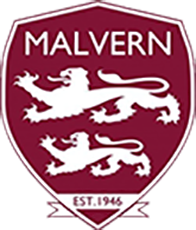 Challenge Cup campaign off to a winning start on Tuesday evening with a 5-1 victory over Wellington in our first group match.

We were given an early scare when our visitors took the lead, but two goals from Matt Turner and further strikes from Harry Clark, Matt Fusco and George Hayes earned us a deserved victory.

“We started slowly but settled into it as the game went on and had some decent passages of play,” said co-manager, Dene Whittal-Williams. “The goal that we conceded was disappointing but it gave us the kick-start that we needed and we went on to play some of the football that we know we are capable of. We were able to give some of the lads a run out who haven’t had as many minutes as they would have liked this season and they all looked sharp. Everyone played their part in the victory and it shows the strength in depth that we have here. Wellington are always tough opponents; they never give up and caused us a few problems at times.”

“We now go to their place to play them at the weekend and on a tighter pitch, we will have to work hard to compete against them and show the same mindset that got us a win on Tuesday night. The lads are looking forward to it and enjoying being able to play again.

Once more, Saturday’s game at Wellington will be played behind-closed-doors.