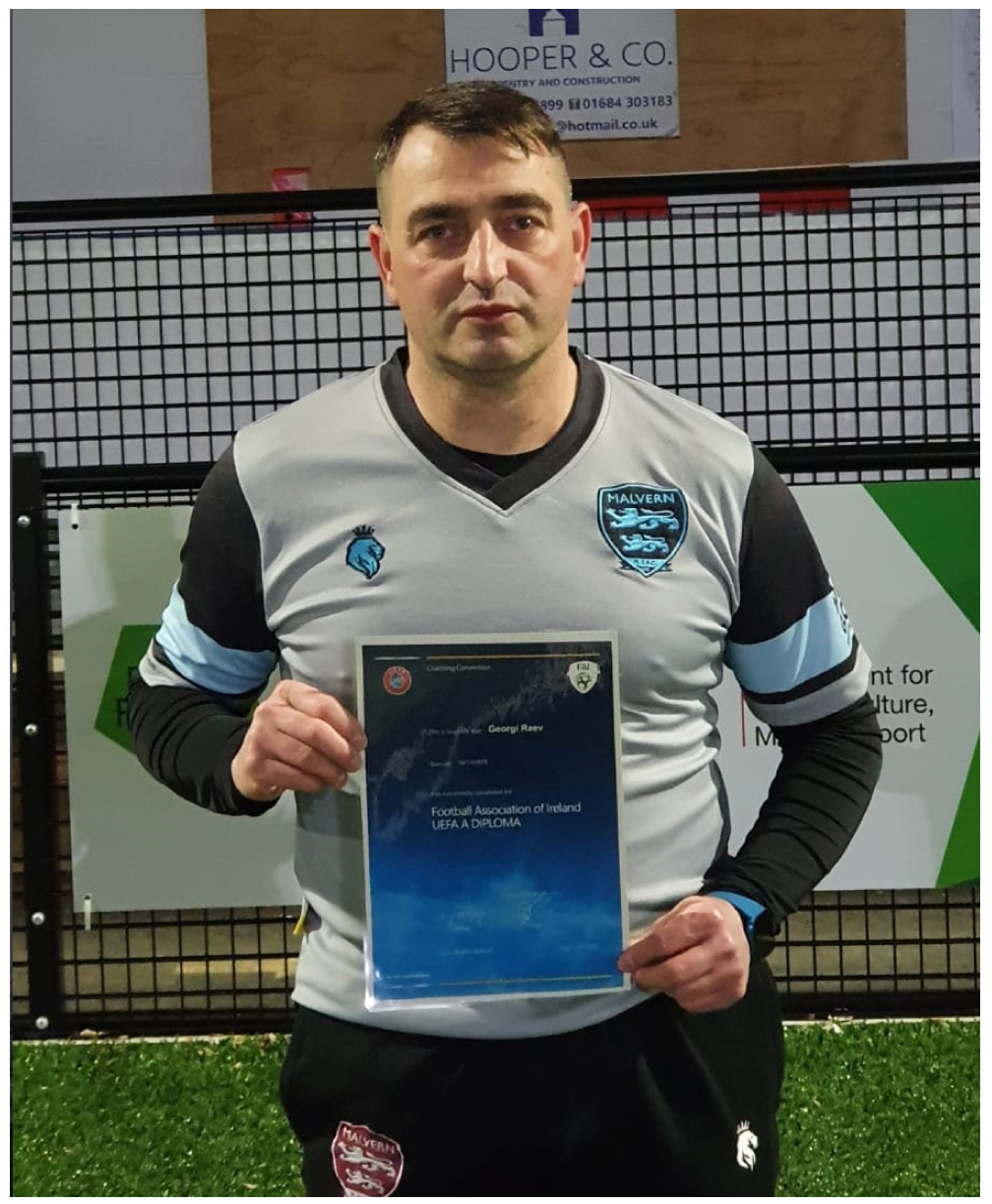 There has been no standing still for Malvern Town over the past year as we have continued to evolve our on and off-the-pitch operation despite the lockdowns.

As well as making an investment into coaching tools such as the Veo Football Camera, which allows us to film our games with two 4k lenses recording at 180 degrees so that it captures every single moment of the match with the resulting image stitched together, allowing virtual panning and zooming for analysis purposes, we have also supported coach, Georgi Raev, in his quest to complete his UEFA ‘A’ Diploma.

The global pandemic meant that the process took longer to complete than would usually be the case but Raev has used his involvement with The Hillsiders to add to his coaching credentials. “I feel very happy and excited to have the award,” said Raev, who joined the club ahead of the 2019/20 season having moved to the area from the north-east where he worked with Alnwick Town and Blyth Spartans. “It was the result of hard work, coaching in all weathers and studying until the late hours of the night. My role at Malvern Town has helped tremendously and I am very grateful to the club for their support throughout. Working under Lee Hooper and Dene Whittal-Williams with the first-team has benefitted me greatly as a coach.”

“Coaching the tactical elements, the mini sessions of the week’s topic and taking the pre-match warm-up, it’s a process that has worked well for the club and as part of fulfilling the requirements of my course. There are a lot of positive people who have influenced me on my football journey. I completed the course through the Football Association of Ireland and their staff were fantastic in my overall development. I have worked in a number of different countries and built up a strong network and plenty of knowledge from such varying environments and philosophies.”

Having been so well-travelled, Raev is full of praise for the set-up we have here at the HDANYWHERE Community Stadium. “Lee and Dene are fantastic,” he continued. “They are true leaders and their past playing experiences and knowledge of the game reflects positively on the players. On the first day of my UEFA ‘A’ course in Cork, Ireland, one of the football instructors, who is part of the Republic of Ireland national team coaching set-up, said to us all that in order to become a great coach, you have to firstly be a good person with a positive attitude. Both Lee and Dene have these qualities and they are also well-balanced emotionally, which is also important. In my opinion, they will take the team to levels never achieved before. The players are also as good as gold; they work so hard and give their all in each game and each training session. You only have to look at our League record over the last two seasons and our run in the FA Vase this season to see evidence of this.”

We congratulate Georgi on his achievement.