uhlsport Hellenic League teams of the month for August & September

The teams of the month for the uhlsport Hellenic League for August and September can now be announced. Congratulations are in order for the following teams. August Premier Division: Cribbs Division One: FC Stratford September Premier: Malvern Town Division One: Cheltenham Saracens Read More

Statement from Faringdon Town of the uhlsport Hellenic League Division Two South. First Team Manager Chris Benson has had to step down for personal reasons. The club would like to thank Chris for all his hard work and commitment over the last three seasons. Chris will remain as club secretary and an important part of Read More

Some details from the Football Foundation Team regarding funding and resources for grass pitches. You may remember that a few months ago we launched our Ground Audit survey and asked clubs at Step 1-6 of the National League System (NLS) and Tier 1 and 2 of the Women’s Football Pyramid (WFP) how the Football Stadia Read More

FIRST EVER NHS CHALLENGE TROPHY MATCH FOR PLAYERS OVER 70 TO BE PLAYED AT ST. GEORGE’S PARK St. George’s Park, The FA’s National Football Centre, will play host to the first ever NHS Challenge Trophy match, played between footballers aged 70 and above on Thursday 23rd September 2021. A cup that showcases and reflects on Read More 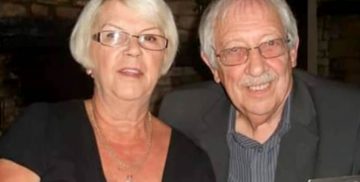 Tributes have flowed following the shock loss of Brimscombe and Thrupp FC legend John Mutton and his wife Joyce. The former Brimscombe secretary and Vice President and his wife died of Covid within 19 hours of each other earlier this week. John served the Lilywhites in numerous roles, including press officer, club secretary, trustee and Read More

WESTFIELDS WIN BANK HOLIDAY DERBY Westfields made their shortest trip ever to an away game with a walk to Hereford Lads Club where they came away with 3 valuable points after a hard-fought Hellenic League Premier Division derby yesterday. Westfields deserved their 2-1 success as they battered Lads Club and hit the woodwork on 3 Read More 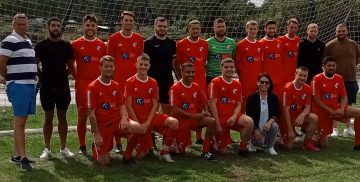 Woodley United Vets in search of a new goalkeeper

Woodley Utd Vets who play in the Vets Premier Division on a Wednesday night are on the lookout for a full time keeper who has played at least Step 7 football in the past. We play out home games at Tilsley Park, Abingdon and the majority of our games are in and around Abingdon. If Read More

The make-up of our four Division Twos has now been confirmed. The first three weekends of fixtures (21st August, 28th August and 4th September) have been uploaded to FA Full Time. There fifty-six clubs in the four uhlsport Hellenic League Division Two leagues. Four divisions of fourteen clubs is the result. You can view the Read More